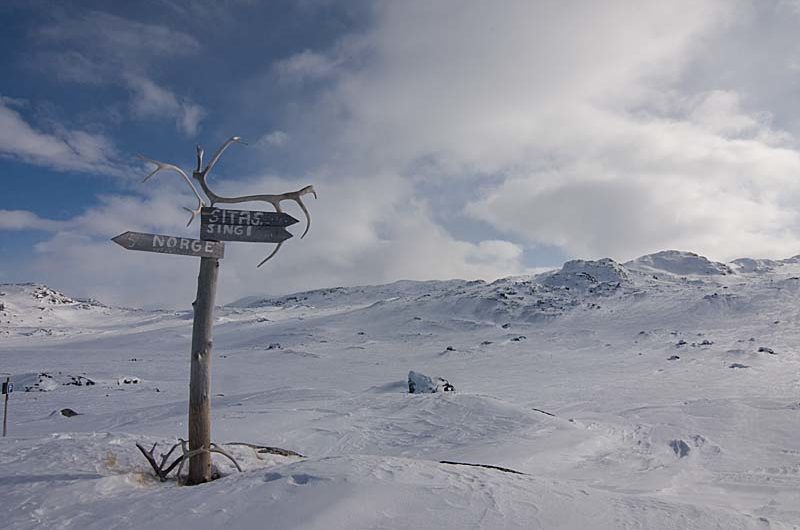 On Thursday the 25th March started five dog teams, 28 Siberian Huskies, one Border Collie and five persons out from Stora Sjöfallet.
The first day offered us quite many tracks from wolverine but they where all probably from one single animal. We did also see willow grouse, fox tracks and the small dipper in the open water between Sattisjaure and Teusa. After a long day we reached the Teusajaure cabin.
The next day started out demanding because the guide (Matti) wanted to try a new approach up to the mountain… If you are going north from Teusa you can choose to follow the lake west and follow the snowmobile trail up to the mountain where the rising altitude splits up on a longer distance. Or, you choose to go straight up behind the cabin hosts house… which we did… Most of the skiers come down this way. The whole difference in altitude presents in a very short distance. Now afterwards with the key in my hand I can tell you that it’s possible, but it would have been easier if we didn’t do it in the beginning of the tour with fully loaded sleds. We advanced up the hill in short 5 meters stages. In the steepest parts my sled was going back downwards if I didn’t stand on the break in the pauses for breath.
When we finally reached the top the plan was to go to the Hukejaure cabins. After some hours struggling in the powder snow we modified our plans and headed for the cabins in Singi instead. 24 hours later we reached Hukejaure. From there we drove to the Kaitumjaure huts and followed the Kaitum lakes down to Tjuonajokk. This was my first time to Tjuonajokk with a group. It’s a very nice place with nice staff that I think I have to visit an autumn in the future.
Our last day became the longest with a distance of 48 km back to Saltoluokta.
Summery: A great tour that we will continue to have in our program for many years, but maybe we will start the tour in Ritsem instead.
Tove (Sweden) was back with us for the 5 time. Very nice! She as well as David (Wales), Angie and Thibault (France) are more than welcome back again in the future!
/Matti 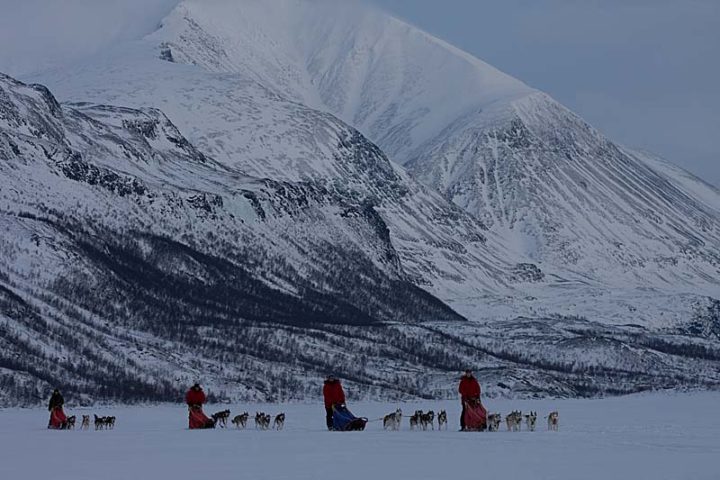 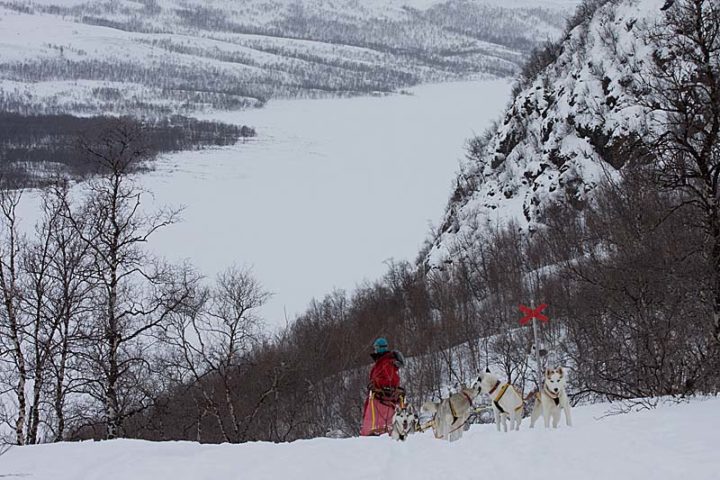 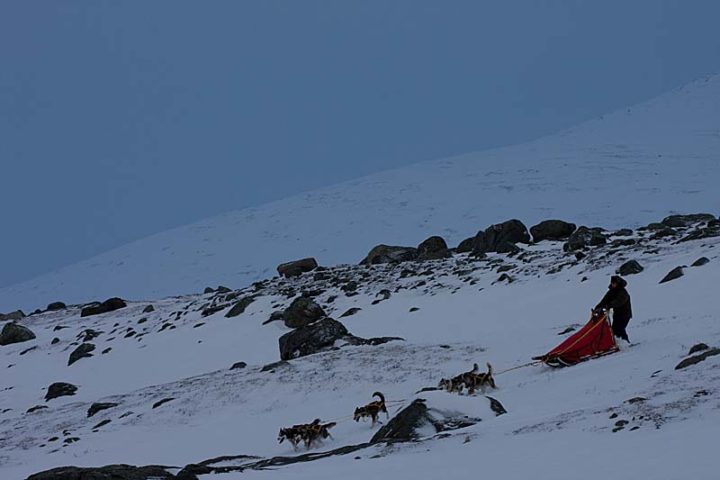 Tove and her team. 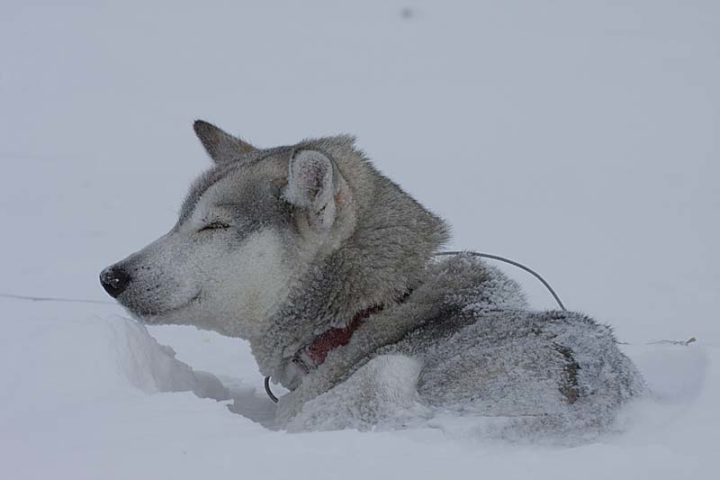 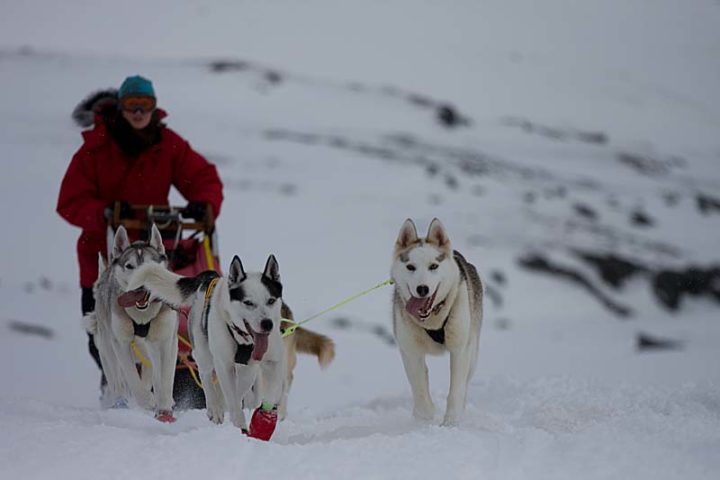 Angie and her team with Olga and Working Husky Ninni in lead. 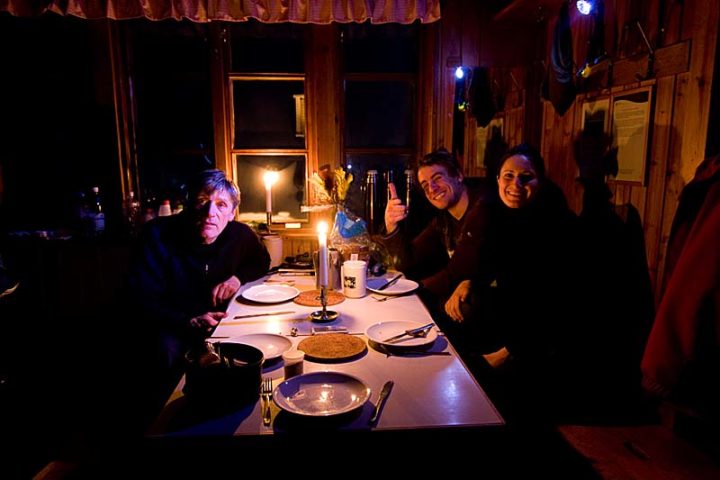 "Dinner in Hukejaure. From left; David, Thibault and Angie. 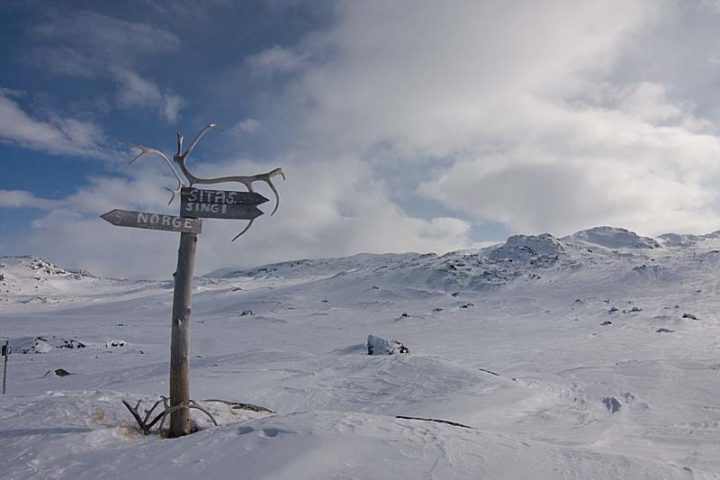 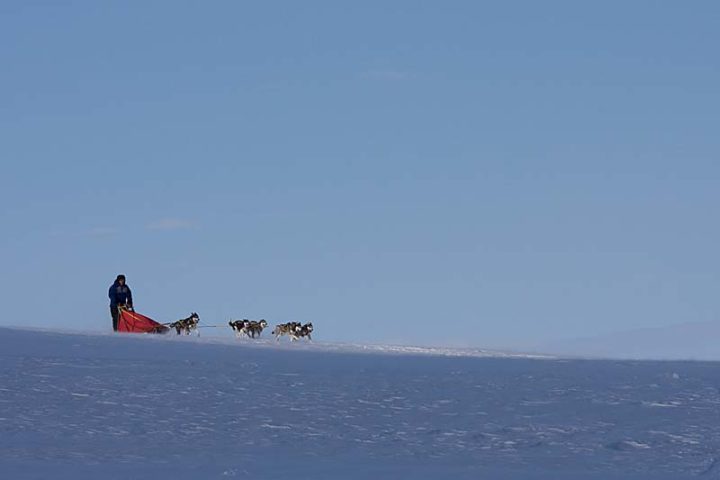 David and his team. 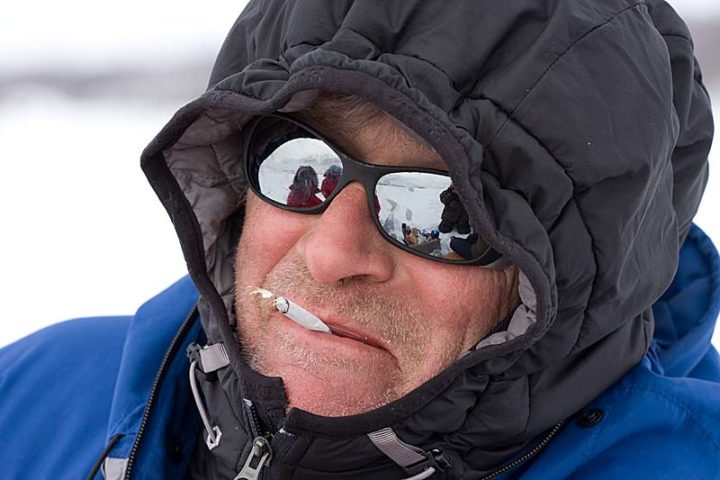 David enjoy the time in the mountains!
Tags: Winter 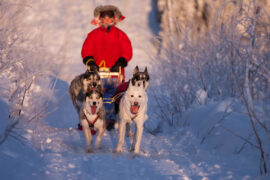 Overnight tour with Dog Sled on the Arctic Circle 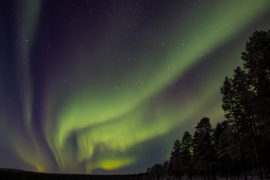 The fall is here and the nature is almost burning

Stina is cooking and filming for the youtube chann

Elvis is dead but the cowboy is still alive!!! #b